The mission was simple. ‘To become a trusted and reliable supplier of cost effective, environmentally safe, industry best practice products that allow customers to excel in their business’.

True to its mission the company developed and began to market a range of products that were not only environmentally safe but also highly effective. Underpinning much of the product range was colloidal technology. ‘The concept is simple’ says Mack who remains the company’s Managing Director. ‘Colloids’ or ‘micelles’, when mixed with water, roam and collide with dirt or grease on the surface being cleaned, each ‘collision‘ removing a small piece. This is occurring both rapidly and constantly and in a short space of time all the dirt or grease is removed from the surface. Just as importantly the micelles stop the pieces of dirt or grease from re-joining so they cannot re-attach to the surface being cleaned. This is a totally different to the way soap or detergents clean. They tend to stick to the dirt or grease like iron filings to a magnet. They float around in the water carrying the globules with them’.

For over twenty years Annie Mack continually worked on developing and sourcing innovative solutions. The process was one of constant refinement until she eventually settled on three key products:

Zi-400 Aircraft Cleaner is a fully approved, highly advanced aerospace cleaner, specifically designed to provide corrosion inhibition whilst cleaning. It is cutting edge colloidal technology. It is not a conventional detergent or surfactant based cleaning product. Since 1993 Zi-400 Aircraft Cleaner has become an integral component in the corrosion control program developed by the Royal Australian Air Force for its aircraft fleet.

In 1997, Zi-400 Aircraft Cleaner was also chosen by the United Space Alliance (NASA’s ground operations arm) for use on the space shuttle fleet.

ZOK 27 is a product specifically designed for cleaning and de-carbuizing the inside of gas turbine engines. ZOK 27 was originally developed to meet the UK Ministry of Defence requirement for a combined cleaner and corrosion inhibitor for helicopter turbine engines. It is now the approved cleaner for British military aircraft engines and is in wide spread use on all current gas turbine engines in many other applications including Civil Aircraft, Marine, Oil and Gas, Industrial and Power Generation.

Whilst the range is small, Solidus Industries’ products are extremely versatile and can take the place of multiple specialised cleaning liquids. ‘Our advanced technology products are formulated to be highly effective and efficient’ says Mack, ‘we are committed to uncompromising quality and to promoting industry best practices. Understanding the crucial need to embrace change we constantly endeavour to be recognised as best in class by our customers. We employ highly skilled and motivated people that understand the market and the respective industries we supply’.

The original business plan was simple and the principles on which it was built still remain clearly evident. ‘We understand that any successful business relationship is based on mutual trust and integrity’ says Mack. ‘Their success is our success. We also strongly believe that our commitment to our customers needs to be equally matched by our commitment to the environment’.

This article was originally published in the March 2013 edition of the Aviation Trader publication Airwaves. 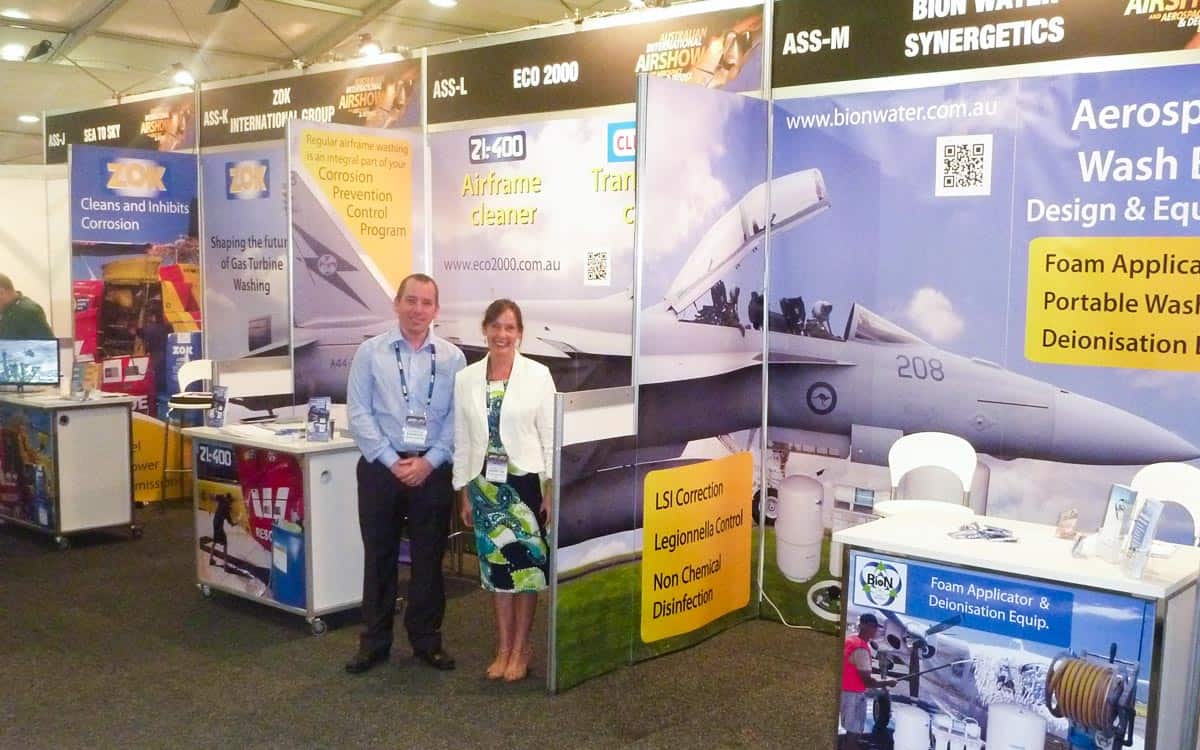